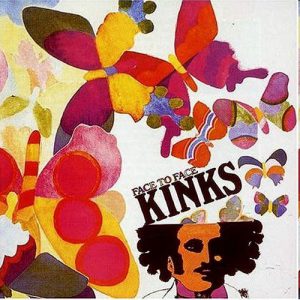 Most of the best songs on Face to Face sketches of people doing whatever it was to fill up their lives, whether it was hanging out on the proto-social media of the party line, taking Hawaiian vacations, or pining for a daughter who has left home.

And in that vein was one of the meanest songs that Ray Davies ever wrote, the scathingly hilarious near-throwaway “Session Man,” which was not only at least partially about zeitgeist pianist Nicky Hopkins, also got Hopkins to play a near-classical harpsichord part at the beginning.

While “Session Man” was one of the more straightforward rockers on Face to Face, and honestly, not all that distinguished musically, it’s always been impossible for me not to grin at rhymes like:

He’s a session man
A chord progression
A top musician

Especially when Davies forces “progression” and “musician” to rhyme by singing them as “pro-gressh-i-an” and “mu-si-chi-an,” as a way to underscore how ludicrous he feels it all is.

It was also possible that “Session Man” was really about a guy named Jimmy Page, who was the top session guitarist in the U.K. at the time and was rumoured to have played the solo on “You Really Got Me,” which all parties involved have always denied, but clearly got under Ray’s skin. In researching this, I discovered an excerpt from a CREEM interview with Ray where he calls Jimmy Page an asshole, so maybe he had Page in mind when he wrote the chorus.

Of course, if true, Ray got the last laugh, because after spending a year trying to make something from the Yardbirds after Jeff Beck left, Jimmy Page disappeared from the public view, never to be heard from again.

Meanwhile Ray Davies was in the process of kicking his songwriting up yet another gear.