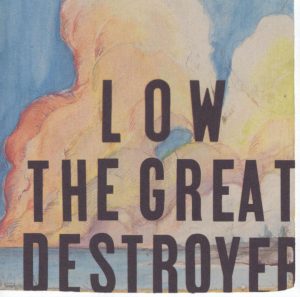 At first, it’s just an acoustic guitar. No drums. No bass. Just Alan Sparhawk, staring down the future.

When I go deaf
I won’t even mind
Yeah, I’ll be all right
I’ll be just fine

Then he’s joined by Mimi Parker, who is already probably having what she’s saying so he can hear it, and enduring the TV too loud and the radio too loud and especially the music too loud, but at the same time sweetly supportive.

The insidious thing about “When I Go Deaf” is that the tone, even here in the quiet parts, is almost celebratory. For one thing, they’re treating it as a certainty — the song isn’t called “If I Go Deaf” — and also as a blessing and a relief.

It’s so lovely. It’s so scary. When I go deaf, I hope that I can be as brave about it as they are in “When I Go Deaf.”


“When I Go Deaf” performed live