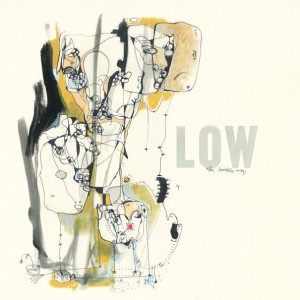 Driven by a chugging guitar and pounding piano, “Just Make It Stop” was also different from my other favorite Low songs in a different way: instead of harmonizing with Alan Sparhawk, Parker harmonizes with her overdubbed self.

But of course, she can’t make it stop, and subsequent verses reveal just how much trouble and pain she’s in, the song gets more and more and more intense, until it eventually comes to a full dead stop as Parker hits rock bottom, literally.

But by the time “Just Make It Stop” is over, you’re pretty sure that it’s never ever going to stop.