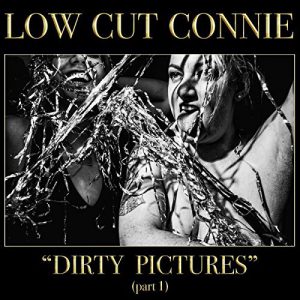 Low Cut Connie is a roots rock band from the East Coast that I know very little about. Though I do know that one of the things that distinguishes them is that their lead singer, Adam Weiner, plays piano instead of the expected guitar (or bass).

I first heard of them when Weiner appeared on one of my favorite podcasts, The Great Albums, to discuss Willy and The Poor Boys. And honestly, he kinda bugged the shit out of me for reasons I can’t even remember.

That said, I remembered the band name, and the reviews of Dirty Pictures (part 1) were just enough that I figured I’d try, and sure enough, it was roots rock with song titles like “Revolution Rock ‘n’ Roll” and “Dirty Water.”

But there was also this Weiner-only piano ballad called “Montreal.”

Sounding like it was recorded on the same piano and at the same time at night as Neil Young’s “Borrowed Tune,” “Montreal” has a sad, off-the-cuff vibe that bands playing straight-ahead rock ‘n’ roll don’t usually have in 2017.

While the rest of the record is pretty good, there’s a bit of a distance — the kids don’t really believe that there is any kind of thing as “revolution” rock ‘n’ roll these days, do they? — that is absolutely necessary when you’re pursuing a dream that most of your peers have long awoken from, or never even have had.

But not in “Montreal,” which feels like either Weiner sent everybody else home so he could record it without being tempted to put a full band arrangement on it or maybe he showed up after everybody left because it woke him up. Either way, it’s a helluva thing.