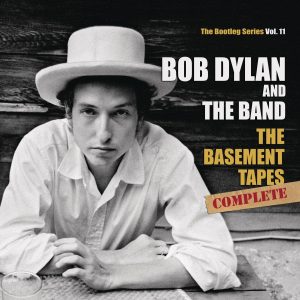 “I’m Not There” was one of those songs that I only read about for years. It was often cited as the prime example of how the compilers of the original Basement Tapes got the whole enterprise wrong. And when it showed up on one of the gigantic Basement bootleg sets I found in the early 2000s, the fidelity wasn’t quite good enough for me to understand what Greil Marcus and Clinton Heylin were on about.

It felt, well, formless. Just Dylan strumming on his guitar with maybe an organ and almost chanting incomprehensible lyrics that probably didn’t make any sense, to boot. It wasn’t until 2007, when it was released as part of the soundtrack of Todd Haynes excellent film of the same name, that we finally got a cleaned-up recording.

So what’s it all about? Well, the official lyric sheet on Bob Dylan’s web site isn’t any help at all.  Which is as it should be, I think.

Out of all of the Basement tape recordings, this just might be weirdest.  In a lot of ways, it’s still incomprehensible,  but it’s also mesmeric, where the individual pieces don’t really matter. Sure, you eventually hear an organ, a piano and a bass, and sure there’s probably more than one guitar. But none of that seems as much as how the whole song expands and expands, as if to fill the hole left by Dylan not being there, but rather being gone.