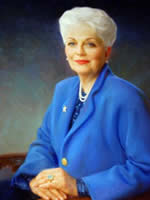 By the time you read this, I will be suffering from my annual Frito Pie hangover*. As part of our annual journey to Austin for the madness that is South by Southwest (Interactive version, thank you very much), we journey up Congress Avenue to our regular first-night restaurant. We overindulge on Frito Pie and, yes, live to regret it the next day.

Then we head to the Cedar Door, which rumor has it was Tom Delay’s hangout. We’ve never seen him there, so don’t know this for a fact. We like the Cedar Door (it’s stumbling distance from our hotel), and one year, I somehow hosted the Pluck SXSW party. I don’t think the Pluck people realize this. They were late and someone had to take charge. I have one of those faces.

Also, by the time you read this, depending on your time zone, I will have gorged on some classic Texas barbecue for lunch. We have friends here who make it a point to take us to restaurants that no tourist would ever find. I’m sure that at some point, I’ll have downed a margarita or two — in this town, I swear the tequila is cheaper and easier to find than bottled water. In fact, I suspect that the mere fact that I seek out bottled water labels me as a Californian.

Oh, sure, we have our funky, counterculture-esque communities (Santa Cruz anyone?), we have our state capitol (has anyone ever really understood why it has to be in Sacramento), we have our big, honking universities (pick a place, any place). We even have breakfast tacos. Austin, however, has all of that and more, all in one place. This is a town whose battle cry is “Keep Austin Weird.”

Over the next week or see, Austin will be bursting with Internet geeks, film makers, and musicians. The last group starts moving in just as the geeks move out. It’s so cute to watch the boys in the band queue for name badges and goodie bags. You can always figure out who the drummer is. Of course, even when bands are not queuing for anything in particular, you can always identify the drummer.

Most of these people will never venture beyond the confines of the Austin Convention Center zone, unless it is to wander up to 6th Street to catch live music in the dozens of clubs that line the block (yeah, I know, there are many, many more options, but I do tend to think like the average person wandering in Neverland). This means, much to my sadness, that they’ll miss the mysteries of the Texas State Building. A few years ago, we thought it would be fun to take a peek inside. When we got to the rotunda featuring portraits of the state’s governors, I ran into some difficulties. Read: person I was with was in the mood to express his thoughts and opinions in a loud voice.

Desperate, I lead him down a staircase and through some twists and turns to the basement of the building. The largely abandoned basement. The terrifying basement. We discovered the dark secrets of Texas history: mascots and sweethearts. Hanging on the walls, going back to the beginning of time (Texas time), are portraits of the state legislators, arranged yearbook style. Bet not a one of those men ever thought that a 21st century me would come by and make fun of those mustaches.

We were oddly fascinated by these poster-sized images, one for each year or class or session or whatever. Then we noticed the mascots. Little children who apparently served at the pleasure of the legislature. Odd, cherubic, terrifyingly cute children. What, we wondered, does it mean to be a “mascot”? What sort of evil ensues?

Then there were the sweethearts. Older girls, late teens, it appeared. At some point, the mascots were augmented by the sweethearts. This lead us to wonder what does it mean to be a sweetheart? Needless to say, we are not afraid to Make Stuff Up, and soon, a nefarious plot was outlined. Perhaps we are too tainted by modern politics, it’s hard to say.

We wanted to rescue the current batch of mascots and sweethearts, but a) the practice seems to be discontinued, and b) we couldn’t figure out how to escape the basement. Nowhere did we a clearly marked exit. We were locked in forever, no doubt.

Except, yes, clearly we found a hidden exit as I am writing this today. All it took was going up a staircase that appeared to end at a wall. Who knew?

We have entered the land of blossoming trees — spring in Texas, even Austin, is like spring everywhere else. Except there are more grackles here. If you freaked out at The Birds, you might want to carefully consider your visit to Austin. Grackles are everywhere. I think they congregate in flocks of flocks. Today, we saw a grackle family: mommy and daddy grackle flanking the little baby grackles.

Another famous characteristic of Austin is something that gives most the creepy-crawlies: the famous Austin bats. They apparently burst forth from the Congress Avenue bridge. I haven’t seen them yet. Mostly because my time in Austin is either not high bat season or my dusks are filled to bursting with activity. I have bats at home, so I’m not too bummed about missing Austin’s…except, well, I hear there are lots and lots of bats. I really do like bats.

Austin is also the place where I discovered an ugly truth about myself: I have an fathomless love for Juan puns. I mean, I knew I had a weakness for lame jokes and bad puns. Who doesn’t? But the Juan thing? Totally took me by surprise. Like the only joke I can tell without messing it up (“Why did the monkey fall out of tree?”), the Juan thing cracks me up.

I don’t know what the real, non-SXSW Austin is like. I imagine many things, and in my imagination one thing remains the same: you can always identify the drummer. No matter what.

* – This did not happen. I know the rules for “That’s What I Like” are to like stuff, but I have to say that I didn’t like my Frito Pie experience. Mostly because the experience did not include Frito Pie. Whichi I’ve been looking forward to for, oh, forever. Talked to everyone I know about it. But the Hickory Street Bar and Grille is now known as the Hickory Street Patio Cafe and Drinkery. The menu has gone from coolly eclectic to boring “you can get this stuff anywhere”. Adding insult to injury, the white wine was warm. Uncomfortably so.

I will not give up. But I won’t be going back to the place that once offered me so much happiness.