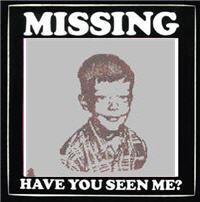 Kirk, Tim & Jim are back after an unexplained hiatus, and here’s what they’re talking about this week:

The latest battle between musicians and the major labels: how the copyright law might allow artists to control their old recordings.

And in the latest installment of our “You’re an Idiot” segment: Jim is a Windows guy. Kirk & Tim, not so much.

All that, and a Musical Moment with The Who, on Medialoper Bebop Episode 14: Cant Stop Spoilng, brought to you by the DuroSport Electronics Company, where they’ve revolutionized the music player with their new DuroCloud Player.

Hey, did you know that Medialoper is on Facebook?

Medialoper Bebop Episode 14: Cant Stop Spolng was recorded at 1:00PM via CallGraph for Skype on Saturday, August 20, 2011. Jim edited it in Audacity.

No spoilers were given out during the making of this podcast.

Have you seen Kirk?