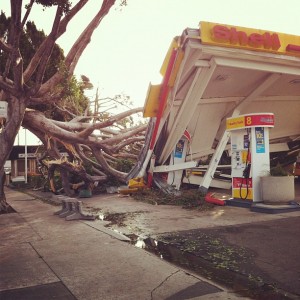 This week, Kirk tells Tim & Jim his story about losing his power due to last week’s hurricane-force winds in SoCal, and how he hopped in his jeep and toured the devastation in Pasadena while searching for coffee and the internet. (6:00 – 13:28)

Then, Albert Puljos is going to Disneyland! We take a look at whether or not this is a good deal for the Angels, and have a heated discussion about whether it makes any difference that he didn’t stay with the Cardinals. (14:05 – 23:04)

Finally, Tim shares what’s in his mix: The Roots, Kate Bush and The Smashing Pumpkins, which leads to a discussion about the eternal awesomeness of Siamese Dream as well as well as stories about seeing the Pumpkins at Lollapalooza & the Reading Festival. (30:21 – 40:55)

( Here’s the story I wrote about Lollapalooza 1994, still one of my most favorite things I’ve ever written. )

Medialoper Bebop Episode 21: Don’t Give it Away was recorded on Thursday, December 8, 2012 via Audio Hijack Pro over iChat. It was edited in Audacity. The opening and closing music of Medialoper Bebop is “Big Hand on the Seven” by our close personal friends, The Miss Alans.