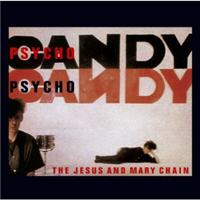 Jim, Kirk and Tim start this week by taking a look at the little-known cult show called The Simpsons, which celebrated its 500th episode this week. (08:30 – 25:53)

Finally, it’s the latest inductee into the Medialoper Bebop Great Albums Hall of Fame: The Jesus and Mary Chain’s Psychocandy (32:54 – 44:53)

All that, and in honor of Kirk’s upcoming ACL surgery and Jean becoming a U.S. citizen, the Pledge of Allegiance!

Medialoper Bebop Episode 31: Worst. Episode. Ever. was recorded at 9:00PST on Wednesday, February 22, 2012 via Audio Hijack Pro over iChat. It was edited in Audacity. The opening and closing music to Medialoper Bebop is “Big Hand on the Seven” by our close personal friends, The Miss Alans.