A Message to You Rudy 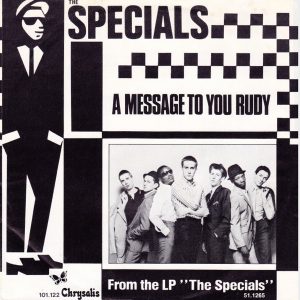 In 1979, Jerry Dammers did an incredibly smart thing. Chrysalis Records wanted to sign his band The Specials — who were setting a small world on fire — but instead of doing that, he convinced them to fund a record label where he could release records by not just The Specials, but other like-minded bands.

And thus, 2 Tone records was formed, almost instantly becoming one of the most iconic record labels in pop history and for the next few years, released some fantastic records by not just the Specials (in all of their various configurations) but The (English) Beat, Madness, Bad Manners, The Selecter and even Elvis Costello & The Attractions.