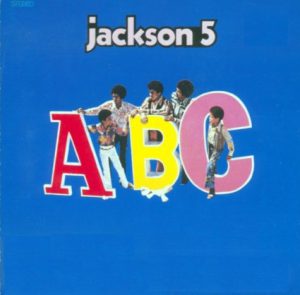 END_OF_DOCUMENT_TOKEN_TO_BE_REPLACED

A couple of weeks ago, ABC canceled Pushing Daisies, a show about which I could never figure out if it was crazily quirky or quirkily crazy. Either way, it was a show that I never really thought about all that hard about after it was over.

It was good, dark fun, but it wasn’t a show that I missed during the writer’s strike, either. For whatever reason, it never crossed the threshold into greatness.

So while I’m sad to see it go, I won’t be rushing out to buy the DVDs. Some people will, of course, and they are the people behind the inevitable “Save Pushing Daisies” campaigns, where no doubt 100,000 people all thought it was their original idea to send daisies to the “head of ABC.” Which, in the show’s iconography, would be the floating, disembodied head of Walt Disney.

Of course, you can send ’em dead flowers by the U.S. mail, and it ain’t going to help.

END_OF_DOCUMENT_TOKEN_TO_BE_REPLACED

Starting on September 5, you will be able to access the CBS Evening News from the comfort of your laptop. That’s the good news. The bad news? After a series of what seemed to be good moves, CBS is taking a step backward. This time, it’s a classic case of protectionism.

The question is, of course, who is CBS protecting?

With Katie Couric at the helm, CBS is hoping to attract a younger viewing audience. Setting aside the fact that the audience they’re gunning for — the net generation — isn’t likely to be swayed by the addition of Couric, except from a curiosity perspective, CBS’s move seems like the same old appointment television with an online twist.

END_OF_DOCUMENT_TOKEN_TO_BE_REPLACED

When faced with the world of 21st Century Television, different networks do different things to bring audiences to their shows. In the past couple of weeks we’ve learned that FOX will continue to ruin the baseball playoffs; ABC wants to disable the fast-forward button on DVRs and CBS is going to advertise on food.

Lame lame lame. (Actually, I recognize that the FOX/MLB partnership is shrewd from the marketing standpoint; it’s just that I’m a lifelong baseball fan who recoils in horror at being faced with Tim McCarver, those dopey “Sounds of the Game” and sitcom stars in box seats every goddamn October until 2053 or whenever it is.)

So just when you’d figure that NBC would also come up with some kind of dumbass stunt or idea of their own, they actually go in the complete opposite direction and do something very very smart.

END_OF_DOCUMENT_TOKEN_TO_BE_REPLACED

Mention the 1960s and 1970s to broadcast TV execs, and you probably get sad sighs, as they reminisce dreamily about a time before the internet; before TiVo; before VHS; before original cable programming; before the remote control; when people would turn the TV to one single network and leave it there all night, watching the commercials and everything. It was the “Golden Age of TV,” for sure. Because TV got all of the gold.

Those days are gone, of course, but it doesn’t stop the broadcast networks from devising plans to once more grab, trap and have their way with a mass audience. Last week, ABC reportedly wanted to disable the fast-forward buttons on DVRs, and this week, CBS has announced their bold new marketing strategy: they are going to advertise on eggs.

END_OF_DOCUMENT_TOKEN_TO_BE_REPLACED

ABC, the network that has been at war with DVR owners for the past several yearrs may be going nuclear. According to at least one report, they are in talks with cable & satellite companies to disable the fast-forward button on future DVRs. Somehow, I doubt this is one of the features that Kirk had in mind when he wrote about his ideal DVR.

Even better, they claim that consumers will be OK with this, that people don’t actually want to fast-forward through the commercials. That the only reason they use DVRs is for the time-shifting aspects. And that we’d all be willing to put up with commercials to continue to time-shift, so there would be no backlash whatsoever.

Holy Jesus Frack! Do these people even use DVRs? There are so many things wrong with this, I don’t even know where to begin.

END_OF_DOCUMENT_TOKEN_TO_BE_REPLACED

Once upon a time, the TV networks gave a rats ass about Saturday nights. It almost seems apocryphal, but there was a fabled season long ago that had this Saturday night lineup: All in the Family, M*A*S*H, The Mary Tyler Moore Show, The Bob Newhart Show and The Carol Burnett Show. Three solid hours of comedy all-timers.

Slow-forward about 35 years, and what do we have on Saturday nights? As Al Swearengen might say, a huge bag of shit. Sports. Reality. Magazines. Not a single scripted comedy or drama. Saturday night has become a major TV casualty of the overabundance of entertainment choices, and the networks aren’t even bothering to address it.

But isn’t there *anything* they could do? Maybe. But it would involve taking a gamble on some programming concepts that they’ve been slow to embrace, and actually taking advantage of what I will dub “The Spinal Tap Paradox.”

END_OF_DOCUMENT_TOKEN_TO_BE_REPLACED

ABC, who once was blind, now can see.

ABC has announced that Lost, a show that is either (take your pick):

will air next season with no repeats, the plethora of which this season has taken some of the wind from its sails.

Some people see that as a problem. I don’t.

END_OF_DOCUMENT_TOKEN_TO_BE_REPLACED

Last week Fox announced it plans to make 100% of its prime time programming available online within the next three years. While this is the most ambitious move yet by a major network to embrace online programming, what sets Fox apart from the other networks is the way it has dealt with its local affiliates.

While NBC, ABC, and CBS have been selectively testing limited programming downloads (to the dismay of their local affiliates), Fox has been working to obtain affiliate buy-in before making any moves online. The result is an agreement that has Fox sharing online revenue with local affiliates in exchange for the right to eventually make all of its programming available on the web.

Presumably the other networks are in similar negotiations, but one has to wonder whether those negotiations will be any easier now that the networks have made their initial move without first consulting their affiliates.

While Fox’s approach might look like a win for local affiliates, the nature of online programming raises questions about the very concept of network affiliates. In a world where consumers can obtain programming from the web, iTunes, cable, and satellite, do networks still need local broadcast affiliates?