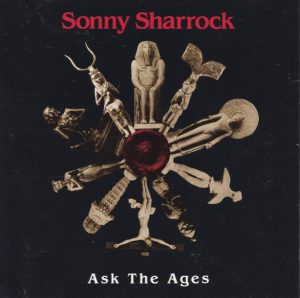 One of the more humbling things about doing this project is the realization of just how much music out there I’ve missed, both by artists I love — I mean, all of those Sonic Youth SYR albums (not to mention the plethora of live albums they’ve released in the past decade) (like they’re the godsadamned Grateful Dead or something) — but by artists who have never quite crossed my radar.

The reality is that nobody can get on top of all of it, which is one of the reasons this project is entitled “Certain Songs,” not “All of The Songs.” Anyways, Sonny Sharrock who — despite providing the theme song for the early seasons of Space Ghost: Coast to Coast — was exactly that kind of artist.