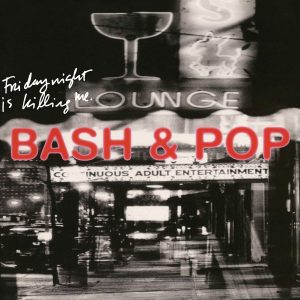 And yet, despite this seeming bounty, most Replacements fans would have preferred another ‘mats album. I know this because in 1993, I met dozens and dozens of Replacements fans from all over the country online. And so we got to not only discuss the band we all loved with new people, we got to dissect these records as well.

Me, I thought that Westerberg had made the overall better album: he was my favorite singer-songwriter in the world at that point, and his craft – even on the throwaways – was unimpeachable. But the song that haunted me that year was “Friday Night (Is Killing Me)”.

“Friday Night (Is Killing Me)”