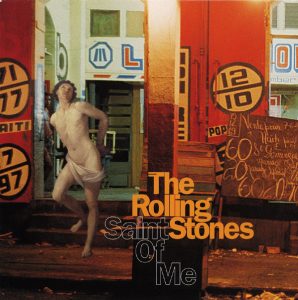 I’m sure there are people out there whose favorite Rolling Stones albums are Voodoo Lounge or Bridges to Babylon, and god bless those people. But both albums basically passed me by: I bought them when they came out, I listened to them a few times; put the songs I liked onto mixtapes, and filed them with the rest of my Stones records, knowing that when I wanted to listen to the Stones, I had any number of great records from which to choose. And all of those had Bill Wyman playing bass, Wyman having flown the coop after the Steel Wheels tours.

Which is not fair to either record, but here we are. I feel weird that Voodoo Lounge is the first album I completely skipped for this project — and certainly I considered writing about “You Got Me Rocking” or “Sparks Will Fly,” but I really had nothing to say about either song, which is one of the criteria of course for writing about a song.