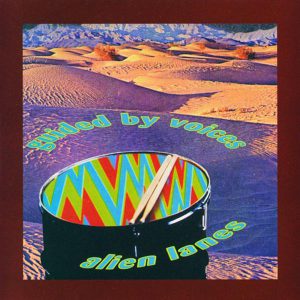 After the electric shock recognition of Bee Thousand, I was way more prepared for the follow-up, 1995’s Alien Lanes, which crammed a completely ludicrous 28 songs into a 41-minute CD.

I seem to recall somebody somewhere comparing it to The Who Sell Out, and I like that comparison, but instead of mimicking a AM pirate radio station beaming the hits onshore, the experience of Alien Lanes is more like driving your car trying to tune in one of the local college radio stations, only you’re only able to get bits and pieces of each song, until you suddenly zero in on the greatest song you’ve never heard before that you might never hear again.