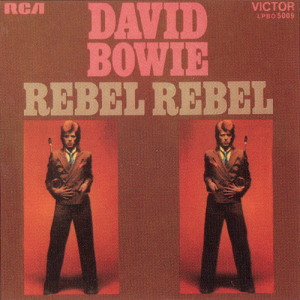 Fueled by a guitar riff that Keith Richards is still wondering if he didn’t give to Bowie in a heroin haze and lyrics that aim for the heart of teenagers of every possible gender, “Rebel Rebel” is an undeniable, eternal classic.

It’s weird though: while it seems like Bowie was a huge star from the moment “Space Oddity” hit the radio, Diamond Dogs was actually the first of his albums that made the U.S. Top 10, and that despite the fact that the U.S. single version of “Rebel Rebel” — which was a weird, truncated mix that de-emphasised the guitar riff — didn’t do shit on the charts.