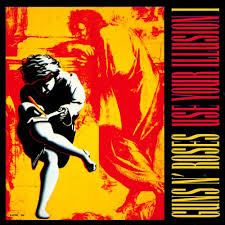 Izzy Stradlin was always my favorite. While he could have seemed like the lukewarm water between Axl Rose’s fire and Slash’s ice, to me he was also the guy who embodied the straight-ahead rock ‘n’ roll groove at the heart of Guns n’ Roses.

He was also arguably the best songwriter in the band, which was why their first move after he left was to do a covers album, and their second move was to break up.