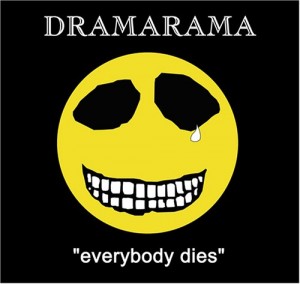 Every band dies. Every band is gonna die. For Dramarama, that death a year came after their best album, Hi-Fi Sci-Fi. Of course, life went on: Chris Carter started hosting Breakfast With The Beatles, John Easdale dropped a solo album, and they continued to play together informally.

I didn’t see it, but apparently back in 2003 they were on an episode of VH1’s Bands Reunited reality show, which lead to their resurrection album, 2005’s Everybody Dies.

END_OF_DOCUMENT_TOKEN_TO_BE_REPLACED

When I was a kid, my parents got me a book called The Good Drug and The Bad Drug, which, if I remember correctly, described the effects of a whole bunch of drugs, and probably had some kind of lecture as to why I shouldn’t use any of the “bad” drugs.

Instead, I used it as a guide as to which drugs I was interested in trying when I got older (alcohol, marijuana), which ones I’d never try (tobacco, heroin) and which ones seemed scary but kinda cool (cocaine, LSD). Which, I’m guessing, probably wasn’t the point.

END_OF_DOCUMENT_TOKEN_TO_BE_REPLACED

I think one of the things I loved most about Hi-Fi Sci-Fi was that while most of the songs were uptempo rockers, the words were about people going through totally fucked up things: homelessness, drug addiction, insomnia and just feeling worthless as a human being.

The grand exception is the beautiful power ballad, “Incredible,” in which one of the fuckups from the rest of the record is going through a good patch for once.

END_OF_DOCUMENT_TOKEN_TO_BE_REPLACED

I don’t know how rare it is for a band’s fifth album to be their best album.

I don’t know how rare it is for a band to make their best album after getting a new drummer.

But somehow, my suspicion is that a band making their best album after combining the two is pretty rare.

END_OF_DOCUMENT_TOKEN_TO_BE_REPLACED 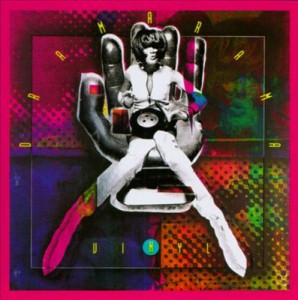 Always too clever by half, New Jersey’s Dramarama always seemed to be on the verge of making it big, but never quite doing so.

It’s weird: they had a great look and a great sound (though not a great name), but their timing was always a bit off. For example, their biggest song, the demented raver “Anything Anything (I’ll Give You)” was a huge hit on KROQ (and probably still gets played daily, 30 years later) but never really broke nationally all at once.

That said, all of their albums are worthwhile — including the reunion one — and while I’m not writing about songs from their first three albums like “Worse Than Being By Myself,” “Last Cigarette” (Similar Animals used to do a great cover of this one) or the aforementioned song that KROQ made me sick of, I considered it.