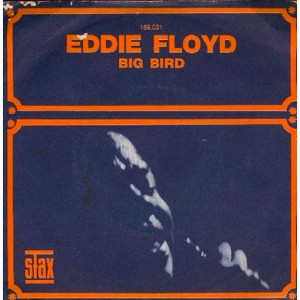 Supposedly written while he was sitting in a London airport to fly back to the U.S. for Otis Redding’s funeral, Eddie Floyd’s “Big Bird” is one of the most thrilling singles ever made.

Recorded with at least some of Booker T. & The MG’s — as always, the internet is sketchy on the details — “Big Bird” is a song that should have found its way to the top of both the rock and soul charts, as it contains dynamite elements of both.

The first thing you hear is a guitar taking off for the horizon, followed by a horn section flying in formation, until they drop into a garage rock riff as Floyd sings:

And then the tempo picks up just a bit, as the background singers join in

You know I’m standing at the station, ready to go
Oh, big ‘ol aeroplane, I’m trusting you so

On the chorus, it’s back to that guitar riff, first just with a double-time snare drum, and then with organ, and then with the horns going ever higher as Floyd pleads:

Of course, I would remiss if I didn’t point out that when he sings “Get on up big bird, to my baby’s love,” he’s referring neither to the Sesame Street character or the airplane.

Somehow the fact that it’s a double-entendre just makes it better, especially as in the end, the background singers just end up screaming “Big bird” over and over and over again as the song fades into oblivion.

The first time I heard “Big Bird” was in on a Stax-Volt sampler, and it was unlike anything I’d ever heard. All these years later, its combination of garage & soul still is. 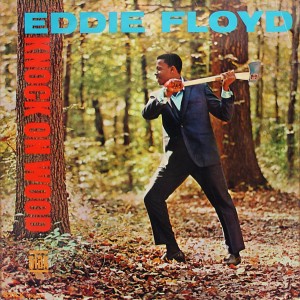 Among many other things, this made him maybe the only person in music history who was in two bands at the same time that were named after Neil Young songs.
END_OF_DOCUMENT_TOKEN_TO_BE_REPLACED