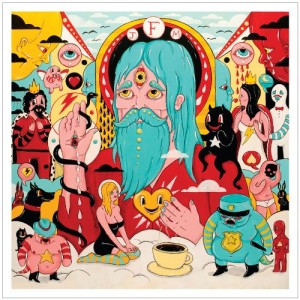 Because everything he does feels like it’s coated in five layers of irony and then dipped into a vat of insincerity, it’s hard for me to get a read on Father John Misty, who has now released two albums of otherwise relatively conventional Laurel Canyon rock.

But anyone who can cover the Ryan Adams cover of Taylor Swift’s “Blank Slate” with a drop-dead Lou Reed impersonation is going get extra attention from me.