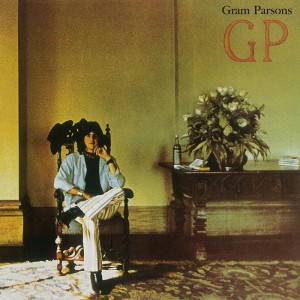 But, weirdly enough, as one of the architects of country-rock, it’s possible that Parsons remains an underappreciated figure, especially in terms of his songwriting. Part of this, of course, was that he thrived on collaborations, so he wasn’t ever fully thrust out into the spotlight.

Even the albums which bore his name were full of collaborations, covers and of course, Emmylou Harris.

END_OF_DOCUMENT_TOKEN_TO_BE_REPLACED

Imagine being around while The Rolling Stones recorded Exile on Main St. and being tossed out because you were just too fucked up all the time.

This was what was going on with Gram Parsons when he was trying to put together his first solo album, GP. And, if fact, when you read about the recording of GP, it feels like a miracle that it ever got finished.

Which is apropos, because at its very best, GP kinda sounds like a miracle.

END_OF_DOCUMENT_TOKEN_TO_BE_REPLACED

Album: Sweetheart of the Rodeo.

As someone who was getting into The Byrds at the same time he was getting into punk rock, I’ll admit that it took me decades to fully understand the charms of Sweetheart of the Rodeo. It was probably wasn’t until the early 90s when the erased Gram Parsons vocals showed up on the first box set, followed by the alt-country movement and my subsequent discovery of Parsons’ solo albums and the Flying Burrito Brothers.

And while I’ll never revere it the same way I love those psychedelic albums, it’s impossible for me not to love their take on Gram Parson’s “100 Years From Now,” even if I’m a heathen and prefer the take with McGuinn & Hillman singing harmony to the one where Gram sings all by his lonesome. Either way, they’re asking a great question:

One hundred years from this day
Will the people still feel this way?
Still say the things that they’re saying right now

Featuring a dynamic pedal steel  hook from Lloyd Green and some subtle leads from Clarence White, “One Hundred Years From Now” feels like the missing link between The Everly Brothers and Rank & File and a song that could – in any era – fit snugly in either the Rock or Country camps, while reminding you that those camps reside on the same lake.

Also: believe it or not, we’re nearly halfway to finding out the answer to the question that Gram poses in the lyrics. It’s possible (not probable, but possible) that somebody could be reading this in 2068 who knows the answer.

Video for “One Hundred Years From Now” (McGuinn/Hillman vocals)

Video for “One Hundred Years From Now” (Gram Parsons vocal)