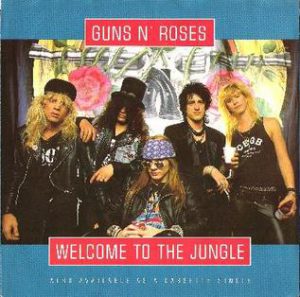 If I had to choose a year where I peaked out as an indie rock snob hipster douchebag, it was probably 1987. So if you were to tell me at any point that year that I would soon (or ever) be head-over-heels for a LA-based metal band, I would have laughed and laughed.

Right? While I still loved Led Zeppelin & Deep Purple & Black Sabbath and even saw Aerosmith in concert that year, I basically considered most of the contemporary metal of 1987 either a bunch of gussied-up pop crap or amelodic thrash. And don’t even get me started on grunge.