That’s $27.92 in 2017 dollars. And more importantly, it’s what MCA — at that point the worst record company in the world (IMHO for how they treated their reissues of the early Who albums) — wanted to charge for the follow-up to the massively successful Damn The Torpedoes. They’d already done it with the most recent Steely Dan album as well as the Xanadu soundtrack, so why not with one of the most anticipated albums of the year?

END_OF_DOCUMENT_TOKEN_TO_BE_REPLACED

September 6, 1981 was the first time I saw Tom Petty & The Heartbreakers. If my memory serves, Tim & I drove up to Sacramento in his light blue Chevy Luv pick-em-up truck, blasting a Pretenders bootleg I’d somehow snared on cassette.

It was the climax of the California Exposition and State Fair, and being September in California, it was hot as fuck. So hot I remember that they had to pull people over the barricades who were suffering from heat exhaustion. But as hot as it was, it wasn’t any kind of match for Tom Petty and The Heartbreakers, who played a hit-heavy set that included Stevie Nicks on the songs where you would expect Stevie Nicks but also focused on Hard Promises, including my second favorite song from it, “A Thing About You.”

END_OF_DOCUMENT_TOKEN_TO_BE_REPLACED 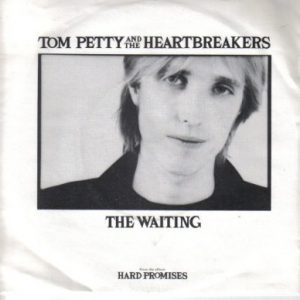