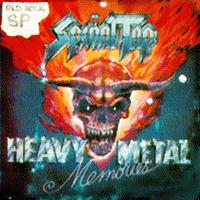 1970 was truly a historic year for British Heavy Metal. Not only was it the year Black Sabbath and Uriah Heep released their first albums, it was also the year that a pair of British bands stopped fucking around and started kicking out the jams. The first of those bands was Deep Purple, who had made their name with with heavyish covers of Joe South & Neil Diamond songs, as well as long arty suites, and had even released a collab with the London Symphony Orchestra before solidifying with a new bassist and Jesus from Jesus Christ Superstar to release the immortal Deep Purple In Rock. The other was Spinal Tap, who, to put it frankly, were a bit of a mess.