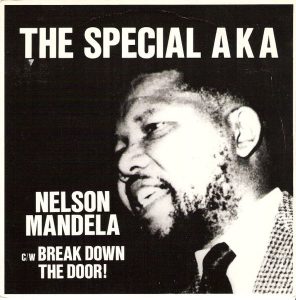 In today’s case, it’s both!!!! Is the song called “Free Nelson Mandela” or is it just called “Nelson Mandela”? Is the group “The Special A.K.A.” or is it just “The Specials”? Both the song and the group can easily be found under either name. So I’m going to make the arbitrary decision to go with how I first got to know this song — the single that came out in 1984 — while trying to untangle some of the threads that created all of the confusion in the first place.