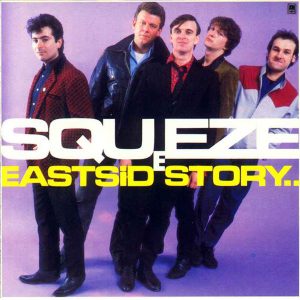 Emboldened by the success of Argybargy, East Side Story was designed to be Squeeze’s big album statement. To the point where they were going to make it a double album, with a different producer helming a different side of the record. Given that the four producers they chose were Dave Edmunds, Nick Lowe, Elvis Costello and Paul McCartney, it could have been a helluva thing. Or it could have been a disaster.