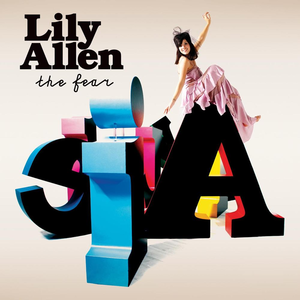 Lily Allen is probably my favorite of the post-millennial pop stars.

An unique combination of big shiny pop hooks, smart-ass lyrics and the kind of cheerful cheekiness that only Brits can ever get away with, Lily Allen put it all together on her second album, 2009’s It’s Not Me, It’s You.

On her best song, the etherial “The Fear,” she sends up the pop stars and celebs of her generation for their supreme superficiality while not fully excluding herself from the equation.