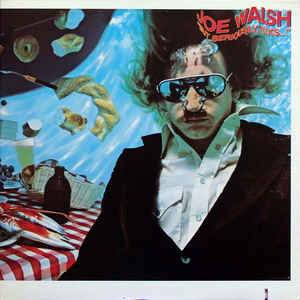 The single most likable thing — perhaps the only truly likable thing as “Boys of Summer” gets by on art not charm — anybody associated with The Eagles has ever done, Joe Walsh’s unapologetic ode to the rock star life remains as fun and catchy and weird as it seemed when it was first released in the summer of 1978.

One of those songs that straddled the AM/FM divide with perfect precision, the 4:35 single version went to #12 on the Billboard charts, while the 8:04 album version blasted its way from car stereos for months.