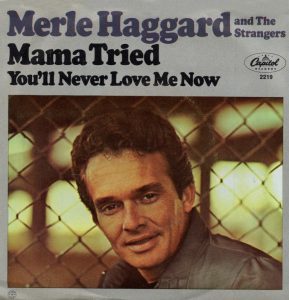 Coming down squarely on the “nature” side of the nature vs. nurture debate, Merle Haggard’s timeless classic “Mama Tried” is a semi-autobiographical apology to his mother for his behavior as a young man, which culminated in a stint in San Quentin for armed robbery.

A stint that was eventually wiped away in 1972 when the Governor of California, Ronald Reagan, gave him a full and unconditional pardon, pretty much for writing songs as great as “Mama Tried.”