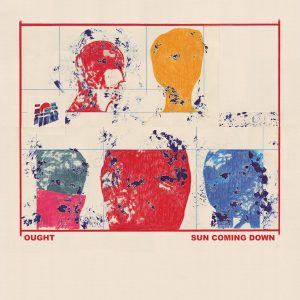 While I never heard their debut and disliked their third album, I really enjoyed the second record by Montreal art-punks Ought, 2015’s Sun Coming Down, on which they offered a series of modern psychedelic noisescapes that edged occasionally into tunes, and occasionally not.

Obviously, I enjoyed the ones that almost had tunes, especially as lead singer Tim Darcy channeled his inner Mark E. Smith on the epic “Beautiful Blue Sky” and the raging opener, “Men For Miles.”