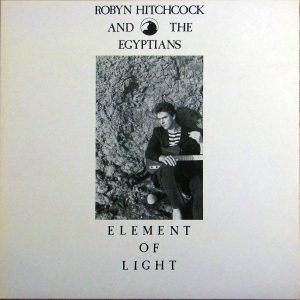 The first time I saw Robyn Hitchcock & The Egpytians was in November, 1986, just a week after my 24th birthday. It was at the Berkeley Square in, yup, Berkeley, and the opening band was the Young Fresh Fellows, who I never loved as much as they deserved, especially considering Scott McCaughey’s post-YFF career.

In any event, I think it was another one of those one-night roadtrips where we drove up from Fresno that day, and back home afterwards. In between was an awesome concert: I remember really enjoying Robyn’s surrealistic stories before and after songs — hinted at during Gotta Let This Hen Out!, but taken to extremes during an actual show — and just the awesome musicality of the Egyptians.