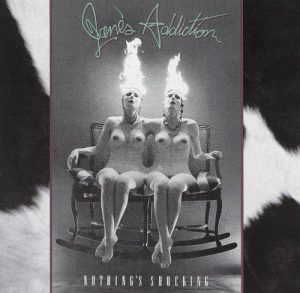 I’ll say this: it takes some balls to name your band kinda after what is clearly your signature song, especially when that signature song doesn’t sound anything like the rest of your music.

With 884 layers of acoustic guitars playing a couple of chords back and forth colored only by steel drums, “Jane Says” is almost ridiculously pretty on the face, with only Perry Farrell’s strained, weirdly empathetic vocal signaling the horrific tale of addiction in the lyrics.

END_OF_DOCUMENT_TOKEN_TO_BE_REPLACED 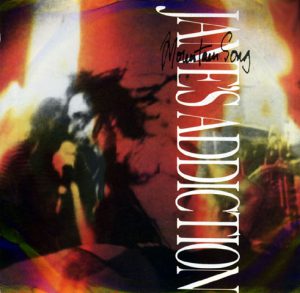 So here’s the thing: the hype surrounding Jane’s Addiction was SO MASSIVE in 1987-88 that I totally resisted, especially when their first self-titled album — the live one that nobody really remembers — turned out to be kind of a dud.

But the hype machine — and the critical acclaim, to be sure — geared back up for their major-label debut, Nothing’s Shocking, and still, outside of a handful of songs, I just couldn’t get into it.