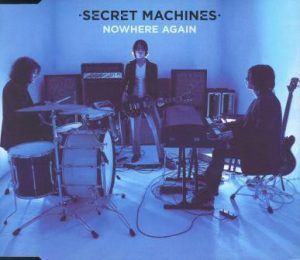 One of the great lost singles of the mid-2000s, “Nowhere Again” captured me from the moment I saw the video on one of those “hey, here’s some new music” video programs on . . . shit, I don’t remember. I thought it was the 120 Minutes that was on MTV2, but that ended in 2003, so it must have been something else somewhere else. This is the problem with getting older.