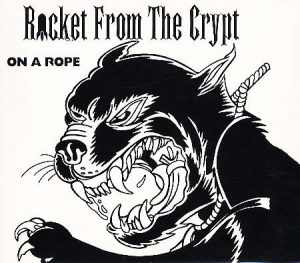 In the 1990s, the San Diego band Rocket From The Crypt made a small alt-rock splash by asking a relatively simple question: what if Punk Rock, but with a horn section?

Obviously, it wasn’t a new question: there were horns all over London Calling and the later Jam singles, but usually those horns weren’t sitting on top of their garage-punk ravers. Before Rocket From The Crypt broke up — to the extent that anybody breaks up these days — they made a few albums in this vein, though I only ever came across 1995’s Scream, Dracula, Scream! and 1998’s RFTC.