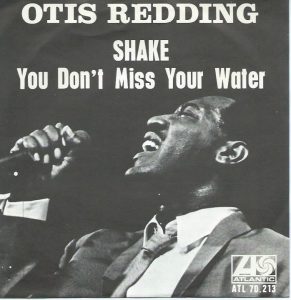 Generally recognized as both his first true masterpiece as well as the best album Otis Redding made in his lifetime, the cannily-titled Otis Blue: Otis Redding Sings Soul is definitely a landmark in his career.

Like his previous albums, it was a mixture of originals — including “Respect” and “I’ve Been Loving You Too Long,” — and covers of some of the greatest songs ever written, including Smokey Robinson’s “My Girl” and Jagger-Richards “(I Can’t Get No) Satisfaction” which replaced the fuzz guitar with the horns that Keith Richards had in his head for the song in the first place.