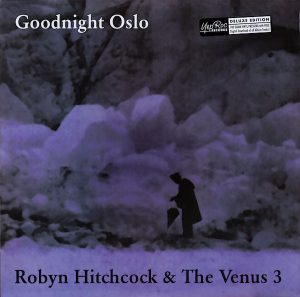 Robyn Hitchcock’s second album with the Venus 3, 2009’s Goodnight Oslo was definitely a darker affair than the relatively upbeat Ole! Tarantula, and also added some horns and strings to the mix, as well.

And so while I didn’t like it quite as much as the predecessor, it definitely still had its charms, like the bouncy “Saturday Groovers” or the catchy “I’m Falling” and the final title track, the drony “Goodnight Oslo.”