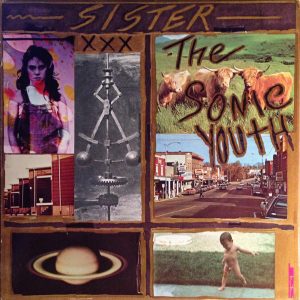 OK, here we go. One of the tests of all-time great artists is the “four albums in a row” test, which is exactly what it sounds like: did that artist release four albums in a row that are amazing. Yes, I know it’s all kind of wrong, but it’s also all all kinds of fun.

And in retrospect, I think that Sonic Youth begins their four-album run right here and now with 1987’s Sister, an album where they were consciously trying to write more structured songs.