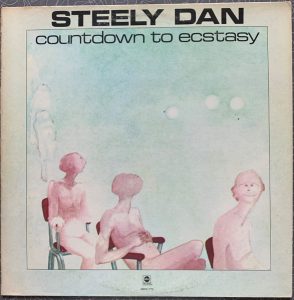 Because it was a different time, even as “Do it Again” and “Reelin’ in the Years” were ascending the singles charts and Can’t Buy A Thrill the album charts — where it only made it to #17, but cry no tears for the Steely Dan, as it eventually went platinum — Steely Dan were already working on the follow-up, 1973’s Countdown to Ecstasy, which was released a scant eight months after the debut.