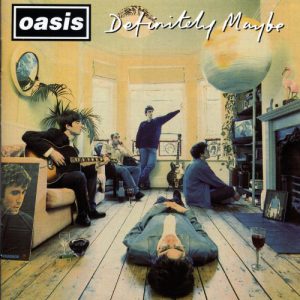 I think that one of the things that’s always impressed me about Definitely Maybe is just how confident it is. Some bands are a bit tentative on their debut album, like they’re all “hello world, we hope you like us,” but Oasis just automatically assumed that there was an audience out there for what they were doing, and the resulting swagger was at least part of what helped build an audience for their music.

And so, even on Definitely Maybe, the songs went on longer than they strictly needed to — let’s add Led Zeppelin to the list of influences! — but there was always so much going on that it really didn’t matter.