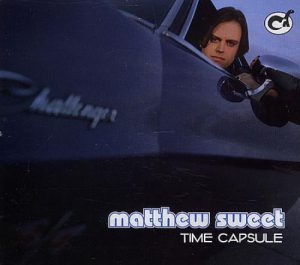 I don’t recall exactly when it was that I came across the treasure trove of Matthew Sweet outtakes and b-sides from the 1990s. Probably at the record swaps at USF in the late 1990s, when I came across a great live recording from 1993 called Shape Shifter and later on a disc of somewhat muddy Girlfriend outtakes called Supervixen.