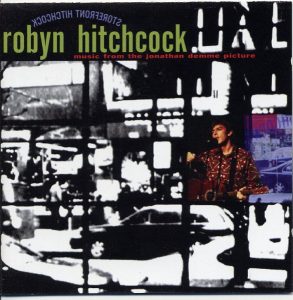 At some point in the mid-1990s, the great filmmaker Jonathan Demme approached Robyn Hitchcock after a show and offered to direct a video for him. That video became a whole concert performance, and Storefront Hitchcock was born.

Demme — who had some experience in directing concert films — conceived the performance as Robyn playing his songs acoustically in an abandoned storefront, thus Storefront Hitchcock.