Tell Me About Your Drugs 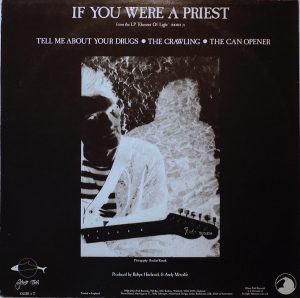 As much as I love Robyn Hitchcock, I learned pretty early on that buying his singles for the b-sides was a dodgy proposition. Often times, the b-sides were rife with weird experiments, either dissonant, ambient or spoken word.

That said, occasionally you hit paydirt, like the “If You Were A Priest” 12″ single, which I’m sure I bought at Rasputin’s in Berkeley, and ended up containing a song I love as much as anything on Element of Light, the glamstomping “Tell Me About Your Drugs.”