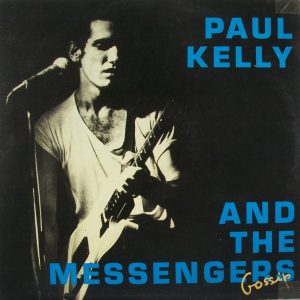 There was a bit of an Australian invasion during the 1980s, probably sparked off by the surprising success of Men At Work, but throughout the decade, band like Hoodoo Gurus, The Church and Midnight Oil made splashes and even had hit singles, which, of course led to even more Australian signings.

One of those signings was a singer/songwriter named Paul Kelly, who along with his band — renamed from the problematic “Coloured Girls” (a “Walk on the Wild Side” reference) to the more generic “Messengers” — made music that somehow split the middle ground between Lloyd Cole & The Commotions and Tom Petty & The Heartbreakers.