The Price of Paradise 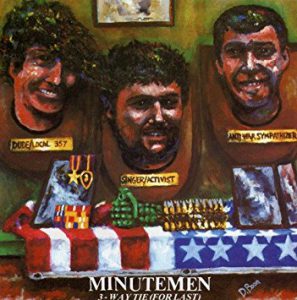 After letting the two-album sprawl of Double Nickles on the Dime break their music apart, the Minutemen decided to go commercial. Well, not exactly, but in 1985, they could be almost be accused of writing pop songs. Almost.

Naturally, they made fun of this, entitling the EP follow-up Project: Mersh, both signalling and taking the piss out of what was easily their most polished set of songs to date. Not only did “Take Our Test” have R.E.M.-style overlapping vocals, “Tour-Speil” had harmonies!