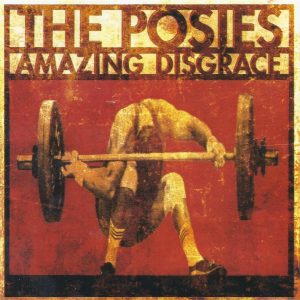 One of the reasons that Amazing Disgrace is my favorite Posies album (though just barely, truth be told) is that it successfully combined the fuzzy noisy guitars from Frosting on the Beater with some of the dynamic mid-tempo songs that worked so well on Dear 23.

So yeah, while there were ravers like “Daily Mutilation,” “Ontario” and the utterly awesome “Grant Hart,” what truly made Amazing Disgrace were the weird, moody mid-tempo songs like “Song #1,” “Will You Ever Ease Your Mind?” and Jon Auer’s “Throwaway,” which starts out with a guitar solo that is falling apart before your eyes before coming to a dead stop in time for Auer’s first verse, the opening which was just sung over an acoustic guitar.