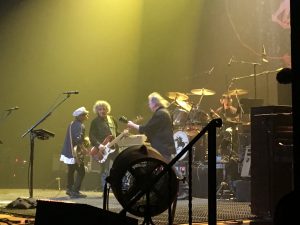 But of course, that’s how time works: sometimes things disappear from your life and you don’t even realize that they’ve left. So there were shows at the Star Palace or the Wilson and of course the Blue and the Oly and that’s where life was for me until I left in 1994, at which time I could still probably remember when the last time I saw a show at the Warnors.