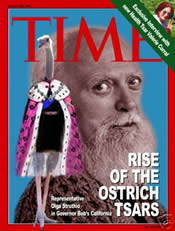 Long before the Internet exposed the Wal-Mart set to the world of conspiracy theories and esoteric religious beliefs there was a series of books collectively known as Illuminatus!.

In the 30 years since the release of Illuminatus! the book has become a counter-culture bible and co-author Robert Anton Wilson the Pope.

I first discovered Illuminatus! when a friend who is an avid sci-fi reader was talked into buying the book by an overly enthusiastic bookstore clerk. After a few weeks of wrestling with the lunacy my friend eventually tossed the book my way, exclaiming, “this seems like something you might like”. In retrospect, I’m not sure he meant that in a good way.

To fully comprehend Illuminatus! you need the Wikipedia as a reading guide. The sheer density of conspiracies, cults, paranoia, political intrigue, and religious fanaticism presented in the 805 page volume defies all reason. The fact that the book was written in the pre-Internet era is simply mind boggling.

Illuminatus! was so unlike anything publisher Dell had ever seen, they requested Wilson and his co-author Robert Shea cut 500 pages and break the novel into three separate books. Who knows what Dell was thinking when they agreed to publish the books in the first place. I suspect some high ranking Illuminati official was probably involved in the decision.

Prior to Illuminatus! Wilson worked as an editor at Playboy, back in the days when people still claimed to read the magazine for the articles. It was at Playboy that Wilson came in contact with both Shea, and an army of anonymous crazies who inundated him with mail about every imaginable conspiracy theory (he’s lucky he didn’t have email). Wilson and Shea were eventually inspired enough by those letters to write Illuminatus!. Improbable as it may seem, large portions of Illuminatus! were researched by the Playboy editorial staff. Talk about leveraging your day job.

If Wilson had only co-authored Illuminatus! his place in history would be assured. Instead, he went on to write at least 35 other books of both fiction and non-fiction. His novels include:

While Wilson’s fiction is usually weird and mind-bending, his non-fiction is as well, but for entirely different reasons. Wilson’s non-fiction combines philosophy and science to explore the nature of knowledge and to question the fundamental structure of belief systems. In books like Quantum Psychology and Prometheus Rising Wilson synthesizes and integrates a huge number of complex topics including quantum physics, general semantics, and hermetic philosophy.

It’s hard to overestimate the profound influence Wilson’s books have had on my thinking — partially because of his own writing, and partially because he’s proven to be a gateway author to a world of books and subjects I might never have discovered without him. Without Wilson I probably would have never read Terrance McKenna, Alfred Korzybski, or Aleister Crowley. It was Wilson who helped me realize that Crowley was more than just a perpetual reference in bad heavy metal songs.

Unfortunately, Wilson is not doing so well these days. Paul Krasner has recently reported that Wilson may only have days left to live. Not surprisingly, Wilson has a few opinions on the subject of death, among them:

A sinister rumor, widely believed in the Occident, holds that after death we go to a place called Heaven. From all the descriptions I’ve read, it sounds dreadful to me. It seems to have a population made up entirely of some gang of Christians; the experts on Heaven disagree about which conglomeration of Christians will qualify, but they always seem to think that they personally belong to that elite group. An eternity with people that conceited seems intolerable to me, but fortunately I am not a Christian so I won’t be consigned to such a boring place.